Since 2008 the European Parliament with the European Citizen Prize‘s each year awards people or organizations for relevant projects they have carried out that facilitated:

– cultural cooperation contributing to the strengthening of a European spirit

The prize, which has symbolic value, is also intended to acknowledge the work of those who through their day-to-day activities promote European values.

In addition to the abovementioned areas, citizens and organisations are also encouraged to nominate projects dealing with the fight against the coronavirus.

On 2018 Parliament honoured  50 people and organisations from 26 EU countries, such as Plateforme citoyenne de soutien aux réfugiés in Belgium (http://www.bxlrefugees.be/) , Irish Men’s Sheds Association in Ireland which supports the development of Ireland’s network of over 450 men’s sheds and to Don Virginio Colmegna, president of Casa della Carità in Italy.

Do you know people who work hard to make our world better?

Nominate them for the before 30 June on the website of the European Parliament: 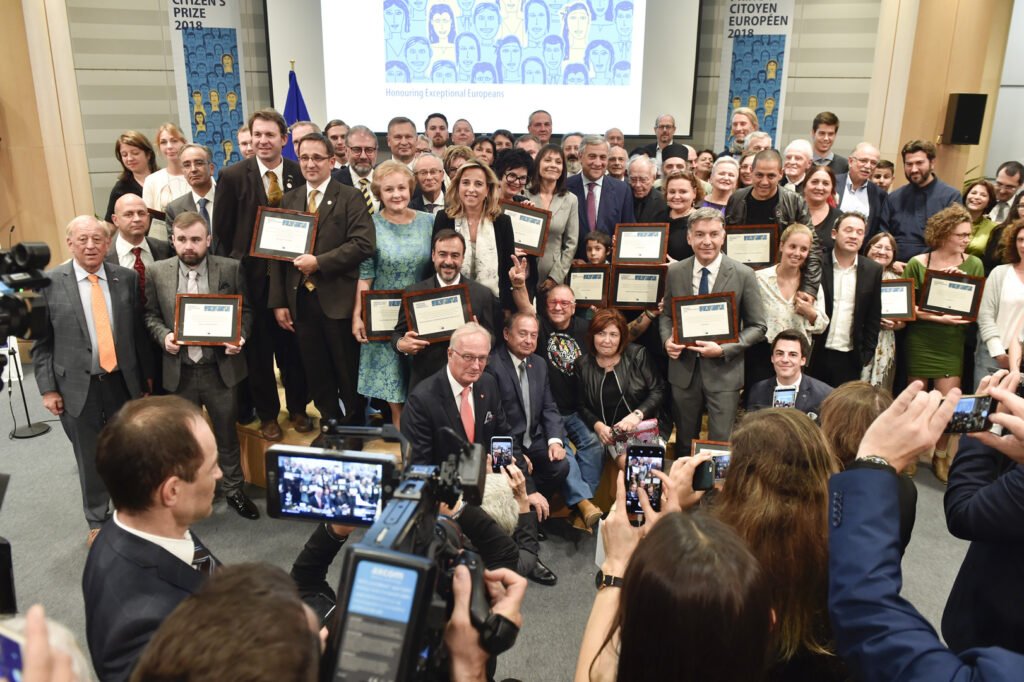